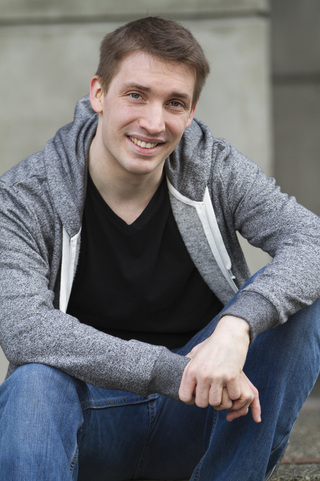 It is a common misconception that Doug Ferguson was raised by wolves. In fact, he is a werewolf raised by humans, but totally keeps things civilized on full moons and people can't be raised by wolves, so stop being silly.
Doug is unique in that he lives in Vancouver and was also born there. You might see him wandering aimlessly through the city wishing the record and video stores weren't closing all over the place. And movie theatres. There are so few theatres left... man, this city is not friendly to the arts.
Trained in improv theatre through high school and beyond, Doug has used these skills in his film projects, podcasting, as well as every day life because you always need to be quick on your feet. Life waits for no script. That being said, he writes almost every day, often writing scripts so what does he even stand for? He finds value in looking at entertainment with a critical eye because he finds construct and message to be crucial to any medium, though he won't deny the power of a good musical hook or a well choreographed action scene. He took to writing music and movie reviews over a decade ago, but has also studied many forms of fiction writing while meander through his early college years. Later, he would study directing for film at Langara College, making him a triple threat, being trained in acting, writing, and directing... but like a nice threat.
Although he often finds himself busy with working at a local coffee shop (where he makes the best London Fog in Vancouver) or working on his many creative projects, he finds it important to take some time in his day to pet his cat. Because, if you don't have time to pet a cat, then what's this even all about?